there are currently no workshops, but check back often!

Alternative Processes, is BACK! 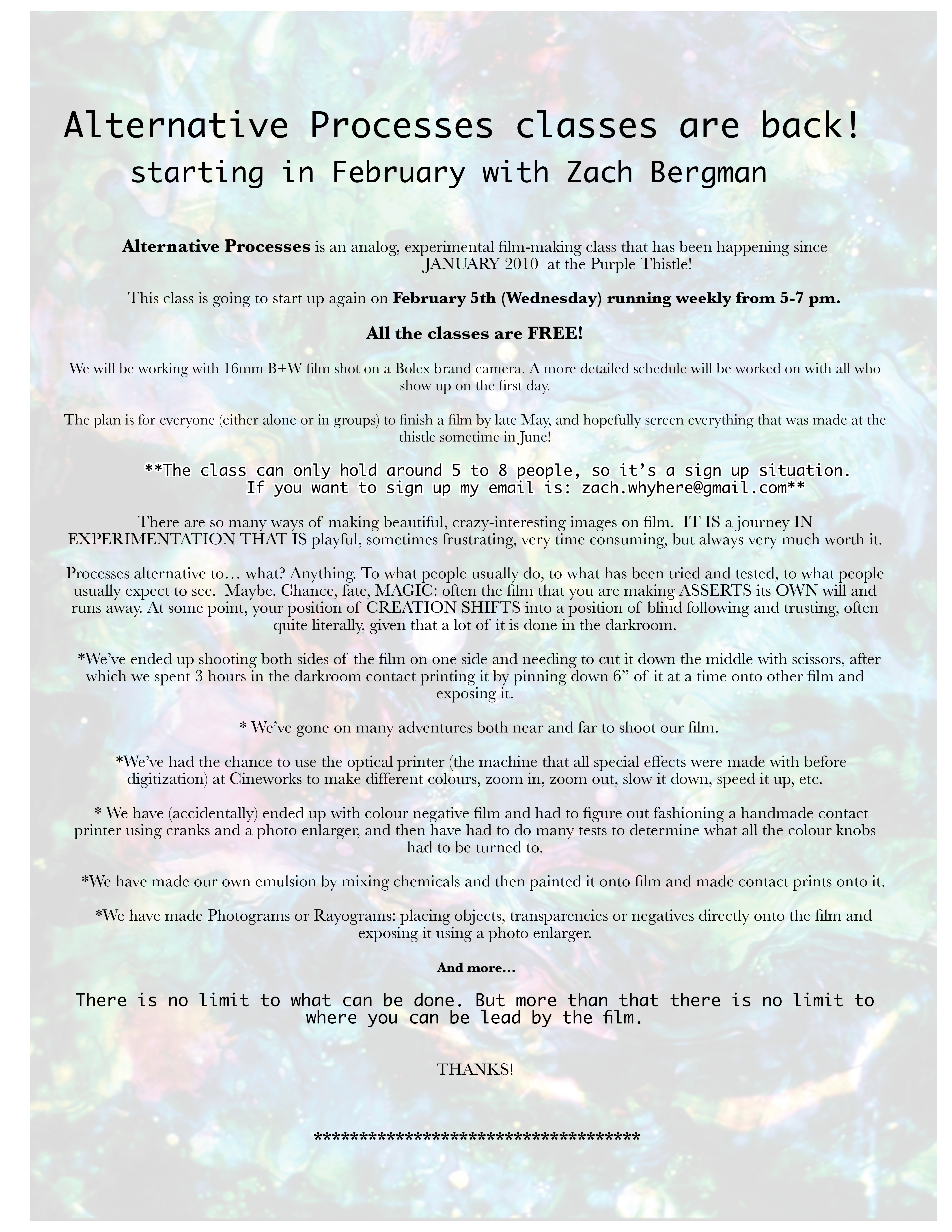 Alternative Processes is an analog, experimental filmmaking class that has been happening since JANUARY 2010.

There are so many ways of making beautiful, crazy-interesting images on film.  IT IS a journey IN EXPERIMENTATION THAT IS playful, sometimes frustrating, very time consuming, but always very much worth it.

Chance, fate, MAGIC: often the film that you are making ASSERTS its OWN will and runs away. At some point, your position of CREATION SHIFTS into a position of blind following and trusting, often quite literally, given that a lot of it is done in the darkroom.