Common Notions: Handbook Not Required –The Story of the Purple Thistle. 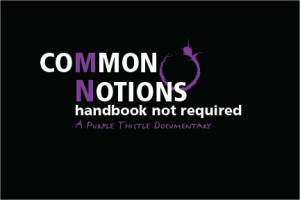 A new documentary is being made by radical educator carla bergman and community engaged filmmaker Corin Browne! The film will be exploring common notions of youth liberation, education & grassroots social movements, through the story of the The Purple Thistle Centre!

More about the Film

The Purple Thistle has become a project that inspires folks from all over the world to try and create similar projects with youth in their communities. The Thistle is very unique and truly run by the people who use it, so as community engaged artists we draw from almost 20 interviews with youth, Thistle alumni, adult directors and radical education theorists. The film weaves together interviews with theorists Matt Hern,  Astra Taylor ,Gustavo Esteva, Khelsilem Rivers, carla bergman and Madhu Prakash and with Thistle founders, and as well as current collective members, Genevieve Robertson, Sylvia Mcfadden, Keith Lennig, Maya Motoi, aly dela Cruz, Savanna Todd and Sadie Couture.  The film will include visuals of Thistle events like collective meetings, art openings and an educational trip to Mexico, to craft a lively and critical narrative.

The documentary explores themes of the disappearance of communityspace, social isolation and hyper individualism that results in the exclusion of youth from the world. Our interview subjects point to the crucial role that counter-institutions play in addressing these problems. We’ll explore why is it important to have spaces to practice the world we want to create and the need for free spaces (free to use the space, free to be yourself). To do this, we’ll look closely at the elements that make the Thistle work such as the ideas of meeting youth where they are at; trust; the process of Deschooling, or learning how to learn outside of institutions; collective and horizontal organizing; and the nuts and bolts of running a collective – the “rules” of the “de-institution”.

Through telling the story of the Thistle we begin to explore larger ideas of capitalism, education, radical generosity and the gift economy.

two things we are fundraising for are:

**To see the trailer and to help out with the fundraising campaign visit here:https://www.kickstarter.com/projects/1717888917/common-notions-handbook-not-required ** 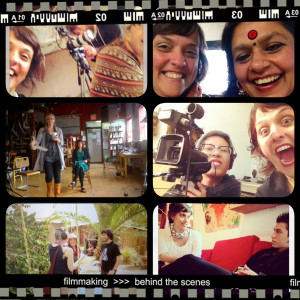 3 thoughts on “Common Notions: Handbook Not Required –The Story of the Purple Thistle.”